I knew when I wanted to write this story, I wanted to go right back to the beginning where my love, passion, respect and appreciation for music started. The first album I ever owned was The Best of Laura Branigan. It was jam-packed with hits such as Gloria, Self Control, How Am I Supposed To Live Without You, Spanish Eddie, Ti Amo and Forever Young. I was an instant fan. Whenever family or friends came over, I was your typical "you-have-to-listen-to-this" kind of child. I drove people up the wall by trying to convert everyone to Laura Branigan fans. That's how much I loved her music. Whenever I felt down, was bullied at school or went through some kind of teenage drama - she was definitely my go-to person to lift my spirits again.

One day my Mom came home from work and surprised me with tickets to her concert in Johannesburg. It was one of the best days of my life. Laura was touring the country back in 1993 to promote her album Over My Heart. My Mom knew how much I loved her and wanted to make it a night to remember. To date it remains one of the best concerts I have ever been to. The band, the lights, the repertoire and the one and only Laura Branigan. I still get goosebumps just thinking about that night. There I was, living my best life at the age of 7. Most kids my age were at home watching Dennis the Menace, but I was at a rock concert with my Mom on a school night. How cool is that? She performed all of my favourite songs. Her powerhouse vocals echoed through the venue and she had every audience member eating from the palm of her hand. I remember leaving that concert on such a high, telling my Mother in the car on our way back home that I wanted to sing. "One day I want to be a rock star just like Laura Branigan."
During the rest of the 90's Laura took a break from her career to take care of her husband who was suffering from colon cancer at the time. After his passing and still dealing with her loss, she performed the occasional concert. In 2001 she was back in the studio to work on new music and during 2002 she performed in the New York City Musical Love, Janis. Sadly Laura passed away on the 26th of August 2004 from a brain aneurysm. At the time of her sudden death, she was working on a new EP and a cookbook. Her death was a tremendous loss to the music industry. She was the epitome of grace, kindness, humility and passion. Other Half Entertainment is doing an incredible job to keep Laura Branigan's legacy alive. I had the privilege to make contact with Kathy Golik, the President of Other Half Entertainment and asked her a few questions about Laura's career and legacy.

Laura released her debut album Branigan in 1982. Her hit single Gloria catapulted her to international fame. How did she cope with becoming a household name around the world?

Given the enormity of “Gloria” as Laura’s breakout hit, it might be easy for the public to think that the song’s success came quickly, when indeed Laura spent many days on the club circuit and otherwise back in the day performing and promoting the song, particularly as radio was resistant to “Gloria” at first. The song ended up having both a very successful and long run on the charts, which also gave Laura a good amount of time to adjust to having a huge hit single and everything that accompanies that. Laura stressed the importance of artists having an essence of self, and that many don't have that before they go into the music industry, and consequently they base their whole identity and sense of self upon the ups and downs of the gratification and acceptance of their audience. Being well-grounded before her success with “Gloria” was key and set a solid foundation for Laura’s growth and development as she achieved international stardom.

Gloria was nominated for a Grammy Award back in 1982. Was Laura disappointed for not taking home the award that night?

I think anyone who says they are not disappointed, even in the least, would not be human. That being said, Laura was extremely honored to be nominated for “Gloria,” to have that recognition from her peers. In the end analysis, however, it was not awards nor recognitions that meant the most to Laura, but connecting with her audience in very personal, emotive, and resonant ways, touching people’s hearts and souls through her music. Accomplishing that throughout her career was what Laura considered to be her greatest success. As far as all the songs that were nominated in that category that year, and to Laura’s credit all these years later, I feel that “Gloria” has stood the test of time as the one that has had the greatest staying power.

I remember Laura touring South Africa in 1993 to promote her album Over My Heart. I was 7 years old when my Mother took me to her concert. I was blown away by her powerhouse vocals, live presence and stunning sense of humour. She even sang a bit in Afrikaans that night. Laura also recorded a song in Sotho with the Mmabana Children's Choir called Mangwane for the album. How important was South Africa to her?

First of all, I am so glad that you got to attend Laura’s concert as a young boy, and that she left such a powerful impression upon you. Laura loved the natural beauty of South Africa, was very fond of the people, and loved performing there. She garnered quite a large following in South Africa that remains to this day. Recognizing that, South African labels such as Gallo (now Warner Music South Africa) and Tusk Music have throughout the years released multiple hits compilations, as well as “Gloria” and “Self Control” remix CDs. I had the pleasure of collaborating with Gallo on the 2010 CD+DVD release “Shine On: The Ultimate Collection”. This release was groundbreaking as far as Laura’s legacy, as it was the first time her original music videos were featured on DVD. I was honored to be asked to write the liner notes for “Shine On”. Laura very much enjoyed recording “Mangwane” with the children’s choir for her 1993 Over My Heart album. Also, being the kind, caring, and compassionate person that she was, Laura also invested in the lives of South Africans by generously donating funds to an orphanage there, as well as to Operation Hunger. Whenever Laura recalled her times in South Africa, she did so with a smile, always holding that spot in the world close to her heart.

You publicly condemned Gloria being played at a Donald Trump rally before the violent Capitol riot broke out. Laura was a very loving and caring artist who stood for peace and unity. If she was alive today, how do you think she would have felt about her music being played at such a disturbing event?

You are spot on as far as Laura’s attributes and what she stood for. It was absolutely appalling to hear "Gloria" being played in the background of that widely-circulating video of President Trump and family given the tragic, unsettling, and shameful happenings that occurred at the US Capitol that day. With regards to a response, it was of paramount importance that I assessed the situation based upon what I know about Laura, her conversations with me, her directives to me, and whatever else had direct bearing, and then respond accordingly. Laura abhorred violence of any kind and I have no doubt that a situation such as that would have been very unsettling to her, and she would have denounced her music being associated in any way with such a dark day in US history. It was necessary for me to make a clear public statement on the matter and to disassociate Laura and “Gloria” from the occurrences that day.

Other Half Entertainment is doing a wonderful job to keep Laura's legacy alive. Due to the outbreak of the Covid-19 pandemic, the Spirit of Love Memorial Gathering was cancelled in 2020. Will you still proceed with this event in the near future?

Thank you so much. All that we do, first and foremost, comes from our hearts and from the love and respect that we have for Laura. We wish to ensure that Laura and her artistry are never forgotten and we partner together with Laura’s wonderful and devoted worldwide fan base to accomplish that goal. We have held Laura’s Spirit Of Love Memorial Gathering each year in August from 2005 to 2019, and unfortunately had to cancel the 2020 event due to the COVID-19 pandemic. With the ongoing pandemic and where things stood as far as a vaccine and its subsequent roll out at the end of 2020, we were unable to make a firm evaluation and decision at that time regarding the safety of holding the event this year. Being mindful of the plans that fans need to make to attend the event and a proper timetable thereof, we made the decision to also cancel this year’s event. We look forward to gathering with the fans once again at Spirit Of Love 2022!

Here's to always celebrating and remembering the life, music and legacy of the incomporable Laura Branigan. A special thanks to Kathy Golik for her time, kindness and assistance. It is much appreciated. 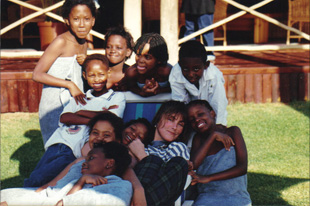 Laura with children from a local orphanage in South Africa. Photo provided by Other Half Entertainment. 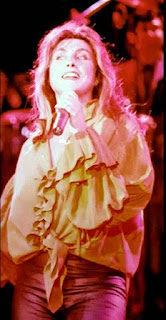 Laura Branigan live in South Africa. Photo provided by Other Half Entertainment.
. 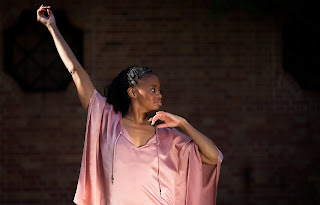